Scholars, Artists and Designers in Dialogue

Hosted by the Institute of Experimental Design and Media Cultures of the FHNW Academy of Art and Design in collaboration with HeK, House of Electronic Arts Basel, a small group of highly distinguished scholars and research oriented artists/designers will come together in Basel to discuss theoretical reflections on, artistic engagements with, and designerly critiques of infrastructures, technologies, epistemologies and aesthetics of artificial intelligence (AI).

The symposium aims at discussing existing works and identifying novel fields of artistic and designerly engagement with a domain of computing that increasingly changes our understandings of human intelligence, transforms our habitats and suggests new ways of living. So far, aesthetic works on AI typically concentrate on revealing, amplifying and playing with machine vision, pattern detection, deep learning, automated sense-making, and advanced techniques of image manipulation in a way that complements, enriches, and disturbs scholarly thinking about the transformations these technologies entail. Utopias and dystopias of artificial intelligences, smart environments and computationally optimized lives as observed, reflected, interpreted, augmented and worked through by artists and designers multiply our often too limited, too situated and ultimately deadlocked ideas of what artificial intelligence could come to involve.

At the same time, artistic and designerly ways of approaching developments in computing and artificial intelligence tend to privilege certain issues and specific aesthetics at the expense of others. They are often constrained by traditional artistic formats, forms of exhibition and market dynamics on one hand and by the epistemologies of design research, the practices of Gestaltung, and the economy of project-based design on the other. It is our goal, therefore, to not only discuss artistic and designerly approaches to the domain of artificial intelligence, but to analyze shortcomings, identify blind-spots, and create new openings for aesthetic and practice-based critiques of contemporary computational reason and the cultural, political, social and geological transformations they entail.

In pursuit of this goal, the symposium assembles distinguished scholars (media and culture studies, art history, sociology, (feminist) science and technology studies) working theoretically on aspects of artificial intelligence and its artistic or designerly representations alongside designers, artists and artistic researchers’ practice-based explorations of utopian, dystopian and mundane scenarios that AI and its implementation in various domains of daily life provoke. While we are well aware that it is difficult to cover the whole spectrum of what contemporary AI invokes for the near future, we intend to define, through an exchange between scholars and practitioners, the fields and domains where artistic and designerly perspectives and practices can significantly contribute to stimulating discussions about the integration of lifeworlds and automation, planetary-scale computation and emergent social injustices, or the reimagination of the human within the boundaries of computational reason.

The symposium is funded by the Swiss National Science Foundation and curated by Shintaro Miyazaki, Johannes Bruder, Sabine Himmelsbach, Boris Magrini, and Claudia Mareis. It has been conceived to create a dialogue between scholars, designers and artists that are part of the exhibition “Entangled Realities. Living with Artificial Intelligence” at the House of Electronic Arts Basel. 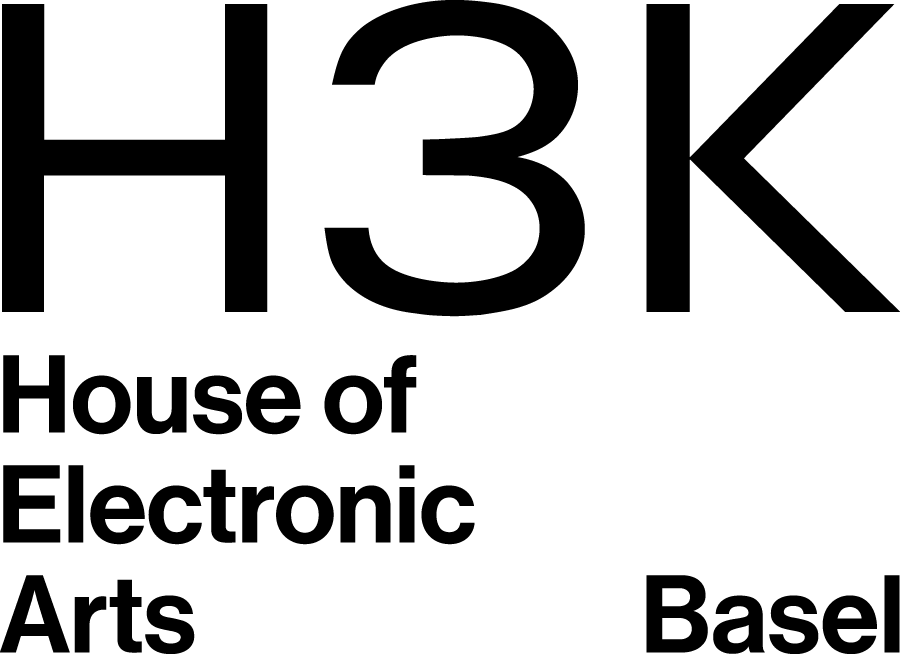 See all videos of the talks

2:00PM – 4:00PM
Artificiality, Intelligences, Imaginaries – Who am I and if so how many?
Critical Media Lab researchers

10:00AM – 12:00AM
Anatomies of Intelligence
Joana Chicau/Jonathan Reus

Ramon Amaro (@SambaRhino) is a Lecturer in the Department of Visual Cultures at Goldsmiths, University of London as well as in the Centre for Research Architecture where he teaches the MA special subject ‘Conflicts & Negotiations’, and the BA courses ‘Fact of Blackness’ and ‘Space and Time’. Previously he was Research Fellow in Digital Culture at Het Nieuwe Instituut in Rotterdam and visiting tutor in Media Theory at the Royal Academy of Art, The Hague, NL (KABK). Ramon completed his PhD in Philosophy at Goldsmiths, while holding a Masters degree in Sociological Research from the University of Essex and a BSe in Mechanical Engineering from the University of Michigan, Ann Arbor. He has worked as Assistant Editor for the SAGE open access journal Big Data & Society; quality design engineer for General Motors; and programmes manager for the American Society of Mechanical Engineers (ASME). His research interests include machine learning, design/ engineering, black ontology, and philosophies of being.

Johannes Bruder is research associate at the Institute of Experimental Design and Media Cultures (IXDM) / the Critical Media Lab Basel and Head of Study at the European Center of Art, Design and Media based Research (ECAM). His work revolves around the psychologies and ontologies of AI, eco-systems thinking, techniques of environmental regulation, and the intersections of humanisms and post-humanisms in contemporary art and cultural theory. He holds a PhD from the University of Lucerne, was a research fellow at the King’s College London and Leuphana University, Lüneburg, and teaches at ETH Zurich. Johannes’s first book “Cognitive Code. Post-Anthropocentric Intelligence and the Infrastructural Brain” is due out with McGill-Queen’s University Press in November 2019. He is too lazy to tweet @subiheallan and constantly fails to disappear in plain sight.

Christina Cochior is a researcher and designer. Her practice consists of research investigations into forms of algorithmic structures, organization and the possibilities for intervention therein. As part of this pursuit, she currently engages with issues of representation in archives, datasets, and other types of digital collections. She is a member of Algolit, a project of Constant, a workgroup around FLOSS-literature, free code and texts, recently focusing more on machine learning and AI. Constant is a non-profit, artist-run organisation based in Brussels since 1997 and active in the fields of art, media and technology. Algolit is also designing physical games that are developed based on the rules of the Perceptron, Naive Bayes and the Linear Regression models.

Ursula Damm began as a sculptor, but her work has increasingly incorporated the media-based deployment of living environments and interactive spaces. Aspects of the social interaction of human and animal communities and their habitats form collective structures, whose planning she treats as a cultural and philosophical task, calling on computer science, as well as biocybernetic paradigms, to artistically test the potency of organizational forms. She is since 2007 a Professor for Media Environments at Bauhaus-University Weimar and has participated in numerous festivals and international exhibitions, such as Ars electronica 1999, Cyberarts 2006, Sensing Place (HEK Basel, 2012), Translife Triennale 2011 (NAMOC Beijing) or SOFT CONTROL: Art, Science and the Technological Unconscious (Maribor, Slovenia). In her work Membrane [2019] exhibited at HeK she explored self-organised neural networks, more specifically Temporal Generative Adversarial Nets.

Maya Indira Ganesh has a hybrid portfolio of work across cultural organisations, industry, academia and NGOs. She is part of KIM at HfG Karlsruhe in the new project “AI and the Society of the Future” and a PhD candidate at Leuphana University, Lüneburg. Maya works about the interaction of computational techniques with cultural narratives in the construction of machine ‘autonomy’, AI, and the evolving role of the human. Her work specifically investigates computational approaches to AI ethics in the case of autonomous vehicles. Her other areas of research expertise include: gender, feminism and technology, big data and discrimination as well as digital security and privacy in human rights defence. She has worked with Tactical Technology Collective, the Citizen Lab at the University of Toronto, UNICEF India, and the APC Women’s Rights Program. She contributes to the tech-theory blog Cyborgology and tweets @mayameme.

Antonia Majaca is curator, writer and researcher whose work involves the fields of Art and Critical Theory, Intellectual History and Cultural Studies. She studied Art History, Comparative Literature and Political Theory in Zagreb, New York and London and has been awarded scholarships and research grants for postgraduate studies from Goldsmiths College London and New York University. For her independent research and education, she has previously been granted funds from Getty Foundation, Fundacion Cisneros and FFAI foundation, among others. Currently, she holds the position of principal investigator for the 3-year research project ‘The Incomputable’ (2019-2021, funded by Austrian National Science Fund (FWF)) at the Institute for Contemporary Art, Graz University of Technology. She is also acting as one of the curators on the long-term project “Kanon Fragen” initiated by Anselm Franke at the Haus der Kulturen der Welt (HKW) in Berlin.

Christine Meinders is a designer and strategist with an emphasis in artificial intelligence and emerging technologies. By prototyping, researching, and leading workshops about objects, data, and algorithms she proposes more critically designed products and experiences. Her research is focused on the design and utilization of emotion analysis in intelligent agents, inclusive design in AI, and collaborative design for embodiment in hybrid spaces. In 2016 she founded Feminist.AI a research and design community creating AI and Knowledge Design based on core concepts from her MA thesis in Media Design Practices (ArtCenter College of Design, Pasadena, CA).

Anna Ridler is an artist researcher, a 2018 European Media Art Platform (EMAP) fellow and was listed by Artnet as one of nine “pioneering artists” exploring AI’s creative potential. She is currently interested in the intersection of machine learning and nature and furthermore what we can learn from the history of AI. Her works are part of the exhibition at HeK. She is currently also a visiting scholar of Leeds University (2018-2019).

Guillaume Slizewicz is a French designer working at Urban Species (Intermedia Lab, LUCA School of Arts), an interdisciplinary research group focusing on citizen participation in the city of Brussels. His research is at the crossroad of social sciences and design. Having completed Politics, Philosophy and Economics at the University of Kent in Canterbury and Sciences-po Lille, he specialized in Product development and design at KEA Copenhagen School of Design and Technology. He is interested in the interstices offered by electronic objects in the urban spaces, the unexpected behavior that glitches provoke and the surprise created by misused hardware systems and hijacked algorithms. He is a member of Algolit, a workgroup around FLOSS-literature, free code and texts, recently focusing more on machine learning and AI.

Keynote: Matteo Pasquinelli (PhD) is Professor in Media Philosophy at the University of Arts and Design, Karlsruhe, where he is coordinating the research group on “Artificial Intelligence and Media Philosophy (in German: Künstliche Intelligenz und Medienphilosophie)” called KIM. He recently edited the anthology Alleys of Your Mind: Augmented Intelligence and Its Traumas (Meson Press) among other books. His research focuses the intersection of cognitive sciences, digital economy and machine intelligence. For Verso Books he currently is preparing a monograph provisionally titled “The Eye of the Master: Capital as Computation and Cognition.”

Closing lecture: Georgina Voss is an anthropologist of technology and innovation systems, an artist, researcher, and writer, based in London. Her work focuses on making the political, cultural, and ethical facets of technological systems present and knowable to public audiences. Combining critical design practice, installation and performance art, scholarly and speculative research, and science and technology studies, her practice interrogates how we imagine, build, use, and control technologies. She is dedicated to the exchange and nurturing of ideas, fields and contexts between individuals, institutions and disciplines, and adopts a rigorously critical, human-centric perspective across her practice, teaching, and consulting.

Pre-program for PhD- and emerging researchers